In the past two years, only about 25% of companies have tested how their property policies would respond to a loss suffered during a major catastrophe, according to a survey conducted during a recent Marsh webcast.

Nearly 150 risk professionals responded to the statement: “My organization has run a drill or exercise in order to understand how our property insurance policy would respond to a major catastrophe.”

Such a drill would involve running through a scenario with your insurer and other key stakeholders to:

Review Your Policies Before a Loss

It’s common for insureds to review their policies in the wake of a loss. But the most important time to review the policy and understand the scope of coverage is before a loss happens.

For example, after Hurricane Katrina, which occurred 10 years ago this summer, many businesses were surprised to learn that despite having windstorm coverage, they weren’t covered for storm surge. Many of those cases wound up in court. But even if you win in court, think about all the time and resources that need to be devoted to litigation.

Watch Out for Trouble Spots

Here are ten potential pitfalls that could arise following a major loss *:

Many insureds don’t answer these questions until after a loss. But by figuring out these issues in advance, you take a critical step toward being prepared for the next Katrina, Superstorm Sandy, or other disaster.

*This is not an exhaustive list of potential issues that could arise in the claims process. 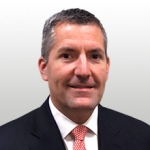 Want to Improve Property Insurance Renewals? Start With Your Data