Business leaders across the insurance industry are signaling rising concern about non-economic risks such as cyber and politics, according to the World Economic Forum’s 2017 Executive Opinion Survey.

More than 12,400 risk executives across 136 countries were asked to identify the global risks of highest concern for doing business in their country.

Chris Lay, President and CEO, Marsh Canada, said: “Canadian business leaders share many of the same concerns as their global counterparts, particularly with respect to the potential impact of technology and cyber risks on their business operations.”

He went on to say, “however, only Canadian executives put climate change in their top risks list, which is not surprising given several years of extreme-weather related events in Canada, such as the wildfires in BC this past summer.”

Explore the exclusive survey results below, or read an overview of the threats on the minds of business leaders worldwide on BRINK. 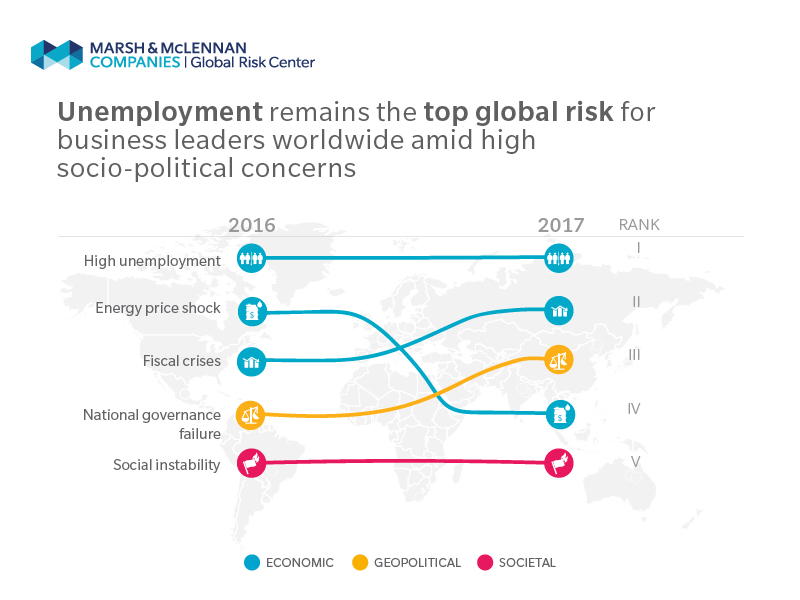 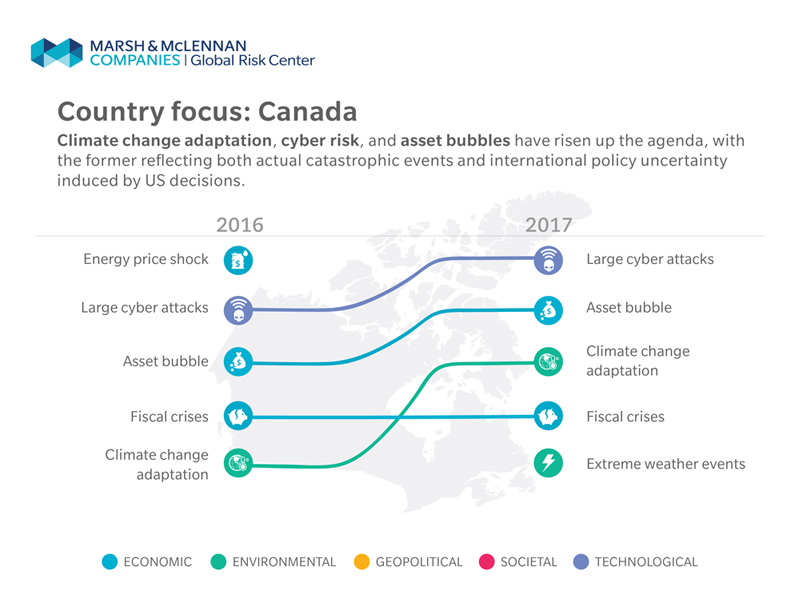 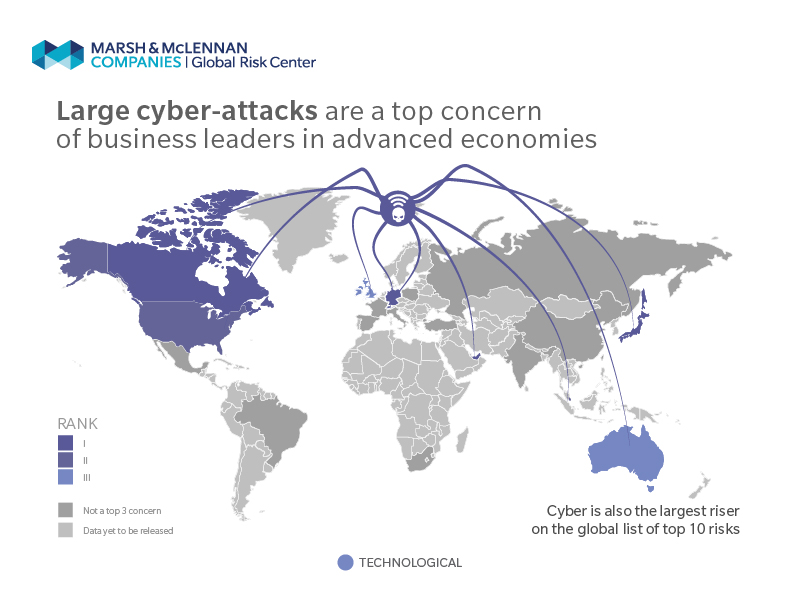