Deteriorating Cooperation is Leading to Increase in Political Risks

The past 12 months provided something of a wake-up call to business leaders in terms of the political risks facing their organizations. A growing strain in global cooperation is leading to heightened concerns over political risks worldwide. Against the backdrop of economic problems, rapid technological change, environmental concerns, and the rise of populist politics, 2017 opens in a disruptive global political landscape.

The Global Risk Report 2017, prepared by the World Economic Forum with the help of Marsh & McLennan Companies and other partners, shows that conflict-based risks rank highly among the  business community's concerns. Organizations are increasingly worried about:

Deteriorating cooperation between countries will be a key risk for companies to consider in the year ahead. For example, Russia’s increasing political assertiveness, as well as tensions between China and other countries in the South China Sea, is fueling concerns. In addition, terrorist attacks over the past year in countries such as Turkey, Germany, and Belgium are raising political risk awareness.

Meanwhile, events such as the US election outcome and the UK's vote for Brexit demonstrate growing political polarization and a public consensus toward inward-looking policies. The US president-elect’s recent assertions that he is considering withdrawing from the recent Joint Comprehensive Plan of Action (Iran nuclear deal) and the Paris Climate Change agreement, as well as the exiting of major stakeholders from economic agreements such as the Trans-Pacific Partnership and Trans-Atlantic Trade and Investment Partnership carry important geopolitical significance.

Given this global landscape, political risks are becoming more volatile and much more complex. Companies should, therefore, be focusing on how they approach political risks, which could cause business interruption, supply chain disruption, barriers to trade, and possible damage to property and even employee harm in the areas they operate.

In what is undoubtedly a tough operating environment, companies should identify and assess the types of political risk events that could affect their business and adapt their strategies to reflect the possible impact they could have. They need to also keep a close eye on how political risks develop over the course of 2017 and understand developments on a macro level, rather than viewing them as local issues.

By focusing more on the big picture, companies will be better able to identify and assess risks and their potential impact to their businesses — and to find opportunities. 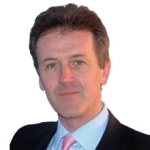 How to Take the Risk Out of Innovation 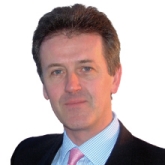