The latest release of the National Research Council’s National Building Code of Canada (NBCC 2015), highlights some significant changes to the risk of seismic hazards across the country.

The Code changes are based on new scientific data, specifically, new seismic maps that indicate a general decrease in seismic hazards across the country. Among the most significant areas affected are:

While this new data is expected to be incorporated into seismic hazard models commonly used by insurers to assess earthquake exposure, models run up to this time have probably overstated the risk. Organizations with assets in any of the affected areas should take the following three steps to evaluate the shifting impact of seismic hazards:

At this time, it remains unclear how quickly insurer models will be updated to reflect the new data. Until then, organizations are encouraged to reach out to your risk advisor to help you navigate these changes. 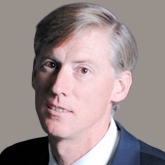