On July 4, reports emerged that North Korea had tested its first intercontinental ballistic missile, which it claims has the potential to reach neighboring countries, and possibly even the US.

Growing geopolitical tensions between North Korea and other countries in the region, such as South Korea and Japan, as well as with the US, have been simmering for some time. But now these tensions have been taken to the next level.

If the situation escalates, it could significantly raise political risks in those countries immediately threatened by North Korea’s nuclear development. Beyond increased tensions between countries, there is the potential for a heightened risk of conflict between regions. For example, US officials would consider using military force.

You should therefore keep a close eye on developments and consider how various scenarios might impact your organization’s regional and global interests and operations.

The news of the missile launch had an immediate effect on markets in the region, with an initial hit to stocks in Japan and South Korea. While this appears to have been an initial knee-jerk reaction, investors are likely to remain cautious and trade credit risk may increase as a result.

What to Consider in Your Risk Management Plans

Given the current threat levels and recent impact on markets, the following strategies can help you prepare for any increase in political risk:

At the current time, the rising tensions between North Korea, its neighbors, and the US do not show signs of abating. We will be keeping a close eye on developments and issue further guidance as needed. 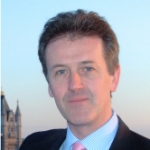