Deal or No Deal: Preparedness in the Face of Brexit

On 29 January, members of the UK Parliament voted on key amendments to the Brexit Withdrawal Agreement. The majority of MPs voted that the UK should not leave the EU without a Withdrawal Agreement, and that a modified version of the Agreement should be negotiated with the EU.

Here’s what we know

There is still a potential for a “No Deal Brexit”, and there are several things that organisations need to consider:

So, while the desire among MPs for having a Withdrawal Agreement in place on 29 March is clear, a “No Deal” Brexit remains a possibility. This vote does not offer businesses with European Economic Area (EEA) exposure a green light to ease off on No Deal contingency planning.

In uncertain times – whatever the cause – prudence lies in mitigating operational risk and strategic risk. It’s essential to keep the following questions at the forefront of minds within your organisation’s executive teams:

A conscientious approach in these areas will go a long way towards ensuring greater organisational resilience – even in the face of uncertainty. Whichever option prevails, Brexit and the weeks following will pose a variety of challenges, but ordering your steps for each potential path will lead to a smoother journey, whatever the outcome.

Over the coming weeks visit Marsh.com for insight and advice on your Brexit-related risk management needs. For more information, speak to your Marsh representative. 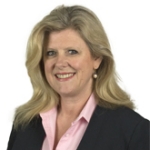 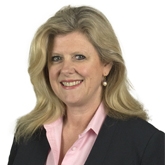