40 Years After: 5 Lessons from the Three Mile Island Nuclear Accident

On March 28, 1979, the US experienced its worst commercial nuclear disaster when a reactor at Pennsylvania’s Three Mile Island Nuclear Generating Station suffered a partial meltdown. Fortunately, nobody was injured, but the subsequent 14-year cleanup cost more than $1 billion.

Three Mile Island was a seminal moment in the nuclear power industry’s history. Although there have been other disasters since, lessons from Three Mile Island have helped shape the industry and insurance enterprises that support it. Here are five key developments we’ve seen over the past 40 years.

The disaster served as a wakeup call for the industry, which quickly realized that an accident at any facility would adversely impact all reactor operators. The development of self-regulating enterprises like the Institute of Nuclear Power Operations (INPO) has contributed to improved industry safety and performance.

Three Mile Island’s unit 2 reactor had only recently started operations with a new crew, and inexperience likely contributed to the crisis. In the last four decades, the industry has stepped up training, increasing team exercises in control room simulators and developing standardized training and qualification protocols in concert with INPO.

To prepare for a localized catastrophe that could impact a nuclear facility, nuclear operator companies have pooled resources to purchase key emergency equipment that is stored in strategic locations away from their plants. This equipment can be quickly deployed to a site to aid in response activities.

Absolute accountability and unequivocal commitment to quality is embedded in the industry, but many industry veterans are now approaching retirement age. This culture must endure in younger generations, who must embrace the same no-excuse ethos that has driven continuous improvements in safety and performance through Three Mile Island and other events. Focused training and the employment of periodic safety culture assessments is helping to smooth that transition.

Three Mile Island shone a spotlight on the lack of available insurance coverage at the time. In 1979, limits stood at $200 million, which barely scratched the surface in addressing the incident’s cost and contributed to significant financial stress on the plant owner. Many nuclear plant operators also did not have business interruption (BI) coverage.

Nuclear Electric Insurance Limited (NEIL) was formed in 1980, with support from Marsh, to provide excess property and BI coverage to the industry. This, coupled with the steady expansion of limits under primary insurer Nuclear Mutual Limited (NML), led to a vastly improved situation. Current plant operators can purchase up to $2.75 billion in property damage and decontamination coverage, and up to $490 million in business interruption coverage. NEIL engineers also conduct periodic facility inspections, interact frequently with their industry counterparts, and help ensure best practices in maintenance and operations that are embraced uniformly across the industry.

When it comes to nuclear safety, the industry is well aware that complacency is never acceptable. The lessons from Three Mile Island should continue to be used in the constant bid for improvement. 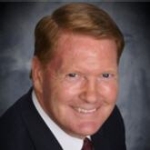 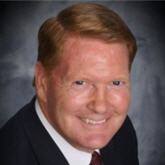