Special purpose acquisition companies (SPACs) have exploded in popularity in 2020. More than 120 IPOs involving SPACs have been announced already this year — more than double the record of 59 in 2019, according to SPACInsider.com. But with this increase in offerings comes greater scrutiny from investors — and, ultimately, the plaintiffs’ bar — that could put directors’ and officers’ personal assets at risk.

Often described as “blank check” companies, SPACs raise capital from the public via initial public offerings (IPOs), which is then held in trusts used to complete the acquisition of existing privately held entities. Over the last decade, corporate sponsors have increasingly used SPACs to enable mergers and acquisitions.

Unlike traditional businesses, SPACs generally do not have robust balance sheets that can indemnify directors and officers in the event they are named in litigation. SPACs typically have limited worked capital — often well below the average settlement and defense costs for a traditional securities class action.

SPAC trusts also cannot be used to indemnify directors and officers, meaning that directors and officers could be forced to dip into their own pockets to cover such costs at a time when the threat of litigation is growing. Federal securities class actions filed against public companies totaled more than 400 for the third consecutive year in 2019, according to NERA Economic Consulting. That’s a significant jump from the annual average of 229 for the prior 10 years.

These lawsuits highlight the liabilities that SPACs and their directors and officers could face, arising from: 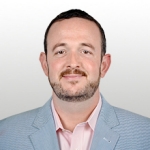 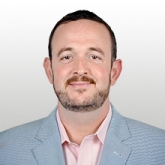