With less than six months until the United Kingdom leaves the European Union on March 29, there is still uncertainty surrounding the terms of the separation and the impact it will undoubtedly have on the UK, the EU, and the insurance industry — particularly, insurers and multinational companies.

The uncertainty has led UK-resident insurers to implement their respective contingency plans. Many US-owned insurers have established subsidiaries in other EU member states, known as the EU-27. This will allow them to cover risks located in the EU-27 on a freedom of services basis through these new entities, while their UK operations will cover UK risks. From both a regulatory and premium tax perspective, this ensures seamless cover, service, and compliance.

However, there are still challenges for UK-resident insurers and multinational companies. Irrespective of the draft agreement for a transition period through 2020, companies must plan for the impact from Brexit now, taking into account the following three major issues, among others.

Multinational companies that have renewed or are in the process of renewing policies that would overlap the Brexit date should consider how those policies will respond in the event of a loss post-Brexit. It is understood that most UK insurers are in the process of transferring the risks located in EU-27 member states to their newly incorporated EU entities, allowing any outstanding losses to also be transferred to those entities. Other insurers are moving their operations from the UK to other member states. These approaches mean that multinational companies should not be adversely affected by Brexit.

A multinational company with business interests across the EU that uses a captive based in one of the EU member states may need to consider either forming a branch in the UK or entering into an arrangement with a UK insurance company to front compulsory risks located in the UK. Such an arrangement is likely to affect the solvency capital requirement of the captive under the EU’s Solvency II Directive.

Processing and Sharing of Personal Information

On a positive note, Brexit should not impact the choice of law to govern an insurance contract since EU courts will continue to apply the Rome I Regulation, which will become part of UK law after the March 29 separation. The regulation states that “a contract shall be government by the law chosen by the parties.” Neither will wording need to differ between UK and EU 27 policies both for EEA and non-EEA exposures.  Still, multinational companies should discuss these and any Brexit-related issues with their insurers and risk advisors at the earliest. 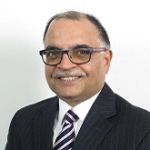 Readmission Penalties: How Hospitals Can Manage Their Financial Risk 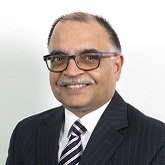