At the risk of sounding like a broken record, the story for casualty insurance is this: More of the same.

It’s generally a buyer’s market for casualty insurance buyers, who typically are seeing strong competition and ample capacity for most casualty lines. In the fourth quarter of 2016, rates for workers’ compensation insurance and general liability continued to fall, and umbrella/excess liability rates were generally flat. The one exception is auto liability, which remains the most challenging primary casualty line.

What Insurers Are Watching For

Although conditions are mostly favorable, there are some risks that remain less desirable to insurers. For example:

Insurers are closely scrutinizing several terms, conditions, and exclusions in casualty insurance policies. For example, some insurers are seeking to add cyber-related exclusions to general liability policies with the intention of transferring some risks to standalone cyber policies. Most insurers, however, will agree to include physical bodily injury and tangible property damage within their general liability policies.

Insurers are also closely watching language in casualty policies related to drones and traumatic brain injury. And though not prevalent, insurers have added or discussed exclusions for genetically modified organisms on a handful of risks.

Meanwhile, with several insurer acquisitions announced in 2016 targeted for completion by the second quarter of 2017, it remains to be seen if there will be a contraction of capacity in the umbrella/excess markets — and what that might do to rates and appetites for certain risks.

Although casualty insurance markets are generally favorable for buyers at the moment, insureds can take action to keep casualty costs down and best position themselves to secure more favorable rates, terms, and conditions at their next renewals. Among steps you should take:

For more on this topic, listen to a replay of Marsh’s The New Reality of Risk® webcast on insurance market trends. 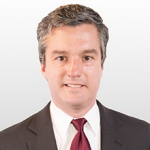 Staying Ahead in the Property Insurance Market The US Casualty Insurance Market in 2017: 10 Trends to Watch