Over two days at the end of June, proponents of small unmanned aircraft systems (UAS), commonly referred to as drones, saw two important events: First, the Federal Aviation Administration (FAA) released long-awaited guidelines, providing greater clarity about the regulatory environment surrounding drones. A day later in a test run, a drone made the first ship-to-shore delivery on the US coastline, transporting medical supplies in a simulation of drone use during an emergency.

A Framework for UAS Operations

Under the FAA's Small Unmanned Aircraft Rule, Part 107, drones are now permitted to operate in US airspace, but with restrictions designed to reduce risks for operators and others. Specific requirements under the rule are divided into two main categories:

In many cases, the operational limitations listed above can be waived. For example, waivers can be obtained to allow for operation beyond line of sight, which can be crucial to retailers and logistics companies seeking to enhance customer delivery capabilities. Construction and industrial companies could also receive waivers for operating inside covered structures, opening up a range of potential applications, including for improving employee safety by providing more oversight of job sites.

To ensure compliance, businesses should carefully review the new drone rules and develop internal policies regarding which employees can operate drones. Businesses should also note that punishment for violating the rules includes fines and other penalties.

The FAA’s new rules are likely to encourage growth in the drone insurance market. Although several insurers already offer coverage, more insurers are expected to jump in now that the regulatory environment is clearer.

Generally, drone insurance coverage remains fairly inexpensive and can be purchased on a standalone basis or as an endorsement to standard fixed or rotor wing aircraft policies. Every risk, however, is judged on its own merits, including the type of drone equipment used, its method of use, and pilot experience.

From energy and construction to education and disaster management, interest in drones is increasing, with commercial spending on them expected to exceed $100 billion by 2020. The new regulations are a step in bringing clarity to managing the attendant risks. 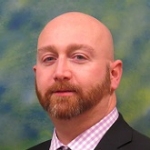 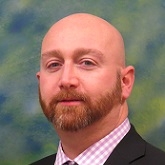 Dawning of the Drones: The Evolving Risks of Unmanned Aerial Systems