Over the last 18 months, the focus for buyers of directors and officers liability (D&O) insurance has been on pricing as the market has become increasingly challenging. But a recent Delaware Supreme Court ruling is a reminder to not lose sight of terms and conditions.

At a time when D&O pricing continues to increase materially for most insureds — 44% on average for US public companies in the fourth quarter of 2020 — and insurers are narrowing terms and conditions, the ruling in RSUI Indemnity Co. v. David H. Murdock and Dole Food Co., Inc. provides clarity that Delaware law will likely apply in cases involving the many companies incorporated in the First State. And, depending on the facts of a particular case, directors and officers may be able to rely on the decision to support coverage disputes surrounding several key issues.

The Supreme Court case revolves around a dispute over the food and beverage company’s D&O coverage stemming from a merger transaction in 2013. After the company’s CEO and general counsel were found by the Delaware Court of Chancery to have breached their fiduciary duties, several of the company’s excess D&O insurers sought a judgment in Delaware Superior Court that they were not obligated to fund settlements in the cases.

Among their arguments, the insurers noted that although the company is incorporated in Delaware, it is headquartered near Los Angeles and thus California law should apply. Further, the Court of Chancery’s final and non-appealable adjudication should trigger the policy’s fraud exclusion and allow for denial of coverage, adding that public policy prohibited insurance coverage for fraudulent activity. Finally, they argued that the court should have conducted a relative exposure analysis to weigh covered and non-covered losses

On March 3, in an appeal of a lower court decision, the Delaware Supreme Court ruled on four important matters:

The Dole decision provides some comfort to Delaware incorporated companies and their directors and officers. That’s because it clarifies that a Delaware court will likely apply Delaware law in cases involving companies incorporated in the state — even if their headquarters are elsewhere.

Policyholders may find that application of Delaware law is an advantage, as it adds predictability to how a policy may be interpreted. And due to some other insurance coverage decisions in recent years, the state is viewed by some as policyholder-friendly.

That said, this view is not universally held. That’s because the Delaware Supreme Court has, in the last few years, also reversed some lower court decisions that sided with policyholders in D&O coverage disputes.

In any event, risk professionals should remain diligent as they prepare for upcoming renewals. In particular, they should watch for potential policy wording changes introduced by insurers, including language related to choice of law and choice of forum or venue.

The ruling is also a reminder to monitor regulatory changes at the state level. This includes any statutes introduced to establish a public policy against insuring certain acts.

Finally, it’s vital to work with your advisors to review Side-A coverage, especially as broader litigation trends put directors’ and officers’ assets potentially at stake. Many companies already purchase Side-A coverage with shared limits that can be quickly exhausted. Instead, consider purchasing dedicated Side-A coverage that sits above a traditional ABC tower. That may provide more robust coverage as senior leaders’ conduct remains in the spotlight.

Will 2021 Be The Year Mutuals Disrupt the Renewable Energy Marketplace? 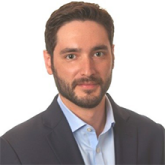