Election Elevated Cyber Privacy, Law, and Governance Issues That Will Resonate in 2017

Neither Hillary Clinton nor President-elect Donald Trump are known for being tech savvy. And yet, in this US presidential election cycle, anxiety over cybersecurity was a central theme, raising questions that businesses and government will face for some time.

Following are three areas that will be of concern in 2017 and beyond:

How will electronic communications be authenticated?

Hackers — widely said to be part of the Russian government — broke into the emails of the Democratic National Committee (DNC) and other accounts. The information they stole was made public by WikiLeaks in a series of inflammatory releases aimed at disrupting the election. Among the questions raised: How do we know when an email is authentic?

We can expect to see businesses and government focus on two aspects of information governance around security:

What will be done to address changing concerns and expectations regarding cyber privacy?

Users’ expectation that they will have privacy in cyberspace will take on increasing prominence in the already-crowded privacy-issue space. Several key questions arise related to accountability: Who is liable when information privacy is not adequately protected? Will users of information services continue to accept complex and lengthy limitation-of-liability language that characterizes today’s online privacy policies? Will users be able to manage or control the privacy of their information themselves in coming years?

How will international law evolve to address modern cyber threats?

The purported hacking into the DNC by Russian agents puts a focus on current national laws and international covenants: Do they adequately cover potential cyber meddling by one country in another’s elections? This will be debated hotly in the legal domain. But it will take years — decades even — to work out and implement international agreements and domestic legislation globally. It is but one element of the rationalization of international cyber law that is underway now and is likely to get greater attention in light of the US election.

As your organization develops its cyber strategy and defenses in the coming months and years, the issues raised in this election cycle should be firmly on your radar. 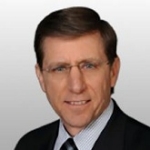 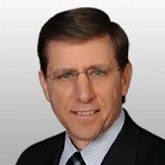