Tit-for-tat tariffs on critical imports and exports. Trade sanctions and embargos. The dissolution and renegotiation of longstanding multilateral trade agreements.

In recent years, a number of governments have made a concerted move toward isolationist and protectionist policies. What’s more, it’s unclear when the pendulum will swing back toward global trade cooperation — or which shoe will be the next to drop.

It’s a time of great uncertainty in the global economy. The US and China are engaged in what some observers have characterized as a trade war, exchanging tariffs on steel, aluminum, solar panels, aircraft, cars, soybeans, pork, and much more. And although there are meaningful concerns about the US trade imbalance with China, the ongoing dispute has been characterized by provocative rhetoric and disproportionate responses.

The European Union, meanwhile, is engaged in its own trade battle with the US, while it simultaneously negotiates for the UK’s departure by October 31. Under the Trump administration, the US has sought to renegotiate trade deals with several partners, including Canada and Mexico.

The net result of these disputes has been a slowdown in the growth of global trade, and — perhaps more concerning for multinational businesses — significant uncertainty, which has already had widespread effects. For example, in anticipation of a potentially difficult exit from the EU later this year, many UK-based businesses are stockpiling various goods, ingredients, and raw materials. US-based companies and trade groups, meanwhile, have warned that tariffs imposed by the US and China will drive up prices for US-made goods.

Where will the next major trade dispute arise? And when will the global trade tensions of recent years end? The answer to those questions, unfortunately, is far from clear. And the reality is that conditions could significantly worsen before they improve.

Multinational businesses, however, don’t have the luxury of taking a wait-and-see approach. Amid growing uncertainty, they must take action to safeguard their operations and balance sheets.

Among other steps, businesses could consider overhauling their supply chains. Some US-based multinationals, for example, have sought to move investments away from China and toward the Philippines and Vietnam, allowing them to reduce their exposure to the ongoing US-China trade dispute while still capitalizing on potential arbitrage opportunities.

Although insurance can’t offer a complete solution on its own, businesses should consider it as a potential backstop. The market for political risk and trade credit insurance continues to grow, providing buyers with several options. And coverage is generally available, especially if purchased on a multi-country basis.

In an unpredictable and turbulent trade environment, global businesses face difficult headwinds that they may not be able to completely avoid. Those organizations that anticipate problems and act with foresight can gain competitive advantages, while those that wait to see where the breeze takes them risk not standing out from their peers. 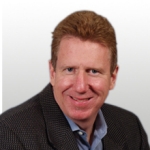 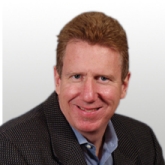