Rents are increasing. Household income is stagnant. And public subsidies for low-income housing are limited. But the need for affordable housing is not budging and communities across the country are facing shortages of affordable units to safely house their low-income populations.

According to Freddie Mac Multifamily, while construction of multifamily housing has continued at a fast clip, these properties tend to serve higher-income renters, leaving the US with an acute shortfall of affordable rental units.

The obvious casualties are low-income families who struggle to find a place to live or have long commutes. But as the price of land and construction costs continue increasing, developers of affordable housing are also struggling to acquire the right properties in the right areas.

Financing tends to be the biggest conundrum for affordable housing developers, with the process mired in complexity. With leaner profit margins than more upscale properties, affordable housing developers often depend on tax credits to make these projects worthy. The government is attempting to address the affordable housing crunch through the recently announced opportunity zone project, which provides attractive tax incentives for investments in close to 9,000 identified economically-distressed areas. An estimated $100 billion in private capital will be invested in these zones, spurring new development where it is sorely needed and complementing the federal Low-Income Housing Tax Credit (LIHTC).

But securing these all-important tax credits is often a laborious process, and unless developers abide by the strict timelines, they risk losing the financial help. Contracting problems, delivery delays, and even natural disasters like windstorms, earthquakes, hail, and tornadoes, can wreak havoc with building schedules, making them among the major risks faced by developers. This makes insurance coverage that responds to the wide gamut of potential events indispensable to allow developers to remain on track in case their properties are impacted by delays. With a lot at stake and a process that is susceptible to setbacks, developers should consider the following insurance actions:

The development of affordable housing is a lengthy and volatile process, making it important for developers to be aware of the risks and work to secure the right coverage. 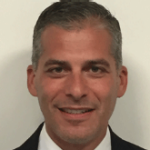 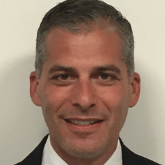