President-elect Donald Trump and a Republican-controlled Congress may ease the regulatory burden for many organizations and arguably lower their cost of doing business. Exactly what change remains to be seen, though, raising key strategic and risk management considerations for organizations.

A new report from law firm Skadden, Arps, Slate, Meagher & Flom LLP, a member of Marsh’s Panel Counsel, analyzes potential regulatory and other changes that could impact financial institutions and other industries. These include:

The Risk of Uncertainty

Expected regulatory changes could benefit businesses across the board. For example, the potential change in SEC leadership could lessen the agency’s aggressive enforcement approach, which could result in fewer SEC investigations and reduced likelihood of individual personal liability.

However, there are numerous potential trade-offs that will only become apparent as the legislative agenda comes into focus. Potential regulatory changes that have been priced into equities over the past 30 days may not all happen. For instance, in the immediate term, Republicans might have to choose between a general tax cut and significant changes to Dodd-Frank. If they choose tax cuts, then the relative boost bank shares have enjoyed might appear unjustified.

Other potential impacts of regulatory change could be significant. For example:

While a looser regulatory environment is generally perceived as a positive for the private sector, any rollback will likely happen one regulation at a time, with specific regulatory changes affecting particular sectors or companies differently.  And the precise areas of risk and opportunity will vary across and within industries.

The combination of global volatility and a swing to one-party control of the US federal government will make for a faster-changing landscape than in the recent period of divided-government gridlock. 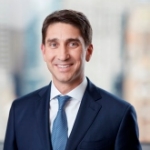 Michael serves as president of Marsh Advisory. Michael also has responsibility for Claims Advocacy and is a member of the firm’s operating committee. In addition, Michael serves on the Enterprise Risk Advisory Board of Marsh’s parent, Marsh & McLennan Companies.

4 US Foreign Direct Investment Considerations for 2017 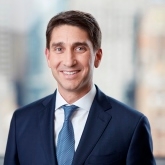