It’s inevitable: Directors and officers of multinational companies will face claims in parts of the world that were not expected. Take for instance companies with operations in Malaysia, where regulatory change is already affecting their ability to indemnify directors.

The Malaysian Companies Act of 2016 — which recently replaced the Malaysian Companies Act of 1965 — creates significant concerns for organizations that operate in the country. This is mainly due to a company’s limited ability under the new law to indemnify directors and officers of local companies and the potentially narrowed ability to purchase directors and officers (D&O) insurance. The new law also has stricter standards and higher responsibilities for directors, including heavier fines and longer terms of imprisonment for violations.

The new act, which took effect in January 31, 2017, slightly opens up the potential for indemnification, when compared to the 1965 law. But it also curtails the use of D&O insurance for non-indemnifiable claims. The new law:

Under the new law, companies cannot use insurance for claims against directors or officers for acts or omissions in their capacity as such unless indemnity is permitted through the exception in the act. Keeping in mind that the law imposes restrictions on corporate indemnification, this could mean that where companies cannot indemnify their directors or officers, they also cannot purchase insurance for these claims. And if D&O insurance is in place in a manner not in compliance with these provisions, a director or officer who is accused of wrongdoing is personally responsible to the company for the cost of the insurance unless the executive satisfies the court that he/she is not liable for the alleged wrongful conduct.

Global businesses should continue to expect the unexpected, as similar changes to local law or court rulings are brewing in other countries. Multinational risk professionals should anticipate further complications as international rules change, new claims are brought, and D&O insurance coverage decisions are made in new jurisdictions.

Marsh is leading discussions with insurers in Malaysia on how best to respond and we continue to monitor and respond to local developments as they unfold. Meanwhile, consider working with your legal counsel on potentially broadening your current local indemnification provisions. 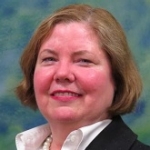 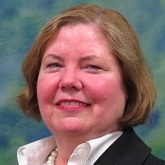