Ubiquitous for decades in manufacturing, consumer goods, and more, so-called forever chemicals could start costing organizations millions of dollars now that regulators are watching them closely.

Last month, the New Jersey Department of Environmental Protection issued a directive requiring five chemical manufacturers to detail their use and discharge of harmful per- and polyfluoroalkyl substances (PFAS). The state’s attorney general promptly followed up with natural resource damage assessments against four of those companies alleging that their use of PFAS and other substances contaminated groundwater, surface water, and other natural resources. And with regulators across the country raising concerns about forever chemicals, it’s only a matter of time before other states take potentially costly action of their own.

PFAS — known as forever chemicals because of their complex, difficult-to-break chemical compositions — have useful applications across several industries. They have also been linked to health problems, including hypertension and cancer.

Two substances — perfluorooctanoic acid (PFOA) and perfluorooctanesulfonate (PFOS) — have drawn particular attention from regulators in recent years. In 2016, the Environmental Protection Agency (EPA) recommended that PFOA and PFOS not exceed 70 parts per trillion in drinking water. In February 2019, the agency announced an action plan intended “to address PFAS and to protect public health.”

States are also watching closely. In 2017, New Jersey established a standard for PFOA in drinking water of 14 parts per trillion. Ten other states, meanwhile, have passed or considered bills intended to monitor or counteract the effects of PFAS.

Amid increased regulatory oversight, and facing the potential of costly court proceedings and fines, manufacturers that create or use PFAS should take steps to manage their risk. Among other actions, you should seek to:

Their strong chemical makeup means that PFAS could represent a weak point in chemical companies’ risk profiles. As government actions ramp up, now is the time to understand, minimize, and potentially transfer your PFAS exposures. 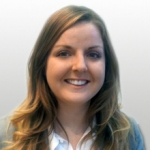 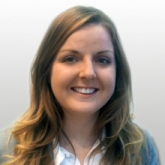