More and more physicians are leaving private practice to become employed by hospitals or consolidated into national or regional groups. In just 18 months between July 2016 and January 2018, hospitals acquired 8,000 medical practices and employed 14,000 physicians.

Often, a change in ownership will lead to a change in insurance policy. But changes in professional liability coverage can prove problematic for doctors and their employers unless properly addressed. Since medical malpractice claims can take months — if not years — to be filed, it’s important for physicians to ensure they have retroactive or extended coverage for their time as solo practitioners if they are changing policies.

Physicians have the option of purchasing occurrence policies that provide coverage for losses that take place while they are insured by a particular carrier, regardless of when the claim is made. These policies can have a higher initial cost and are not as prevalent in the market.

The second, and much more common, option is a claims-made policy which responds to claims made within the policy period. Physicians with claims-made policies may purchase an extended reporting period (ERP), otherwise known as tail coverage, to protect themselves for claims that are made after their claims-made policy expires or is terminated, a rather frequent occurrence in health care.

Physicians with individual claims-made policy limits have several options to secure financial protection with tail coverage after their policy expires or if they change carriers:

The physician’s geographic location, employment history, and expected retirement date need to be considered when purchasing a tail. In rural communities that struggle with physician shortages, the market may support employers paying for the tail policy as part of their recruitment strategy.

Physician residents are typically insured by their medical school or a teaching hospital, but they should confirm coverage before leaving their residency.

Decisions on the purchase of a tail coverage and the financial responsibility for payment should be discussed early in the employment or merger process, and physicians should consult with their insurance broker and advisor to ensure all risks are considered. 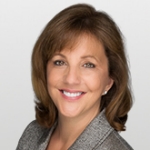 Taking the Full Measure of Retail, Wholesale, and Food and Beverage Cyber Risks 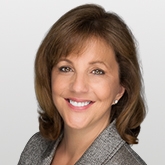