Persistent flooding in Texas and Louisiana following Hurricane/Tropical Storm Harvey has limited access to numerous residential, commercial, and industrial properties. It has been difficult for property owners to safely assess wind, water, and other damage. Given the extensive losses expected, the ability to gather information at an early stage could be vital to recovery.

A range of rapidly-evolving technologies could make a real difference in successful catastrophic disaster claims after Harvey or in the future. Drones, fixed-wing aircraft, helicopters, satellites, and crowdsourcing combined with expert analysis can provide risk professionals with real-time insights for initial loss projections when they can’t get boots on the ground, allowing claims processes to move more swiftly.

Drone technology has been around since 2003, but FAA regulations restricted commercial use to just a few specialized locations due to safety concerns. The 2012 FAA Modernization and Reform Act began to change that through controlled exemptions. In 2015, the FAA released a notice of proposed rules for UAS commercial operations for small UAVs (under 55 pounds) that made significant commercial use changes. In June of 2016, the FAA took that further with the release of Part 107 of the Federal Aviation Regulations. While commercial use of drones under 55 pounds is now more common, there are still many operational restrictions and a risk that a drone operator can be denied permission to fly if outside of Part 107 parameters.

Drones are most often used to provide outdoor visual intelligence, but are increasingly being used indoors. And drones, along with satellites and fixed-wing aerial technology, can generate a variety of imagery and video, including thermal, infrared, lidar, radar, mapped video, and immersive 3D visualization and measurement. These technology tools also can provide various levels of detail, from wide-area mapping to a narrowly-focused two-centimeter view.

Visual intelligence tools can be used to establish what a property looks like under normal circumstances and following a disaster. Various combinations of visual intelligence technologies have been used to paint a complete picture of major property losses resulting from Canadian wildfires, the Tianjin port explosion, and United Kingdom floods. In these and other instances, the data gathered from non-human sources has come in faster, reduced safety exposures especially in hazardous areas, and accelerated claims handling.

When applied to your own losses, visual intelligence can help you: 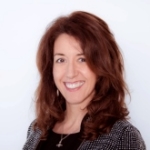 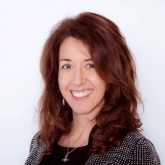