Data privacy may emerge as the next stumbling block to introducing smart cars to America’s roadways.

At issue are vulnerabilities in devices that use short-range frequencies to allow vehicles to communicate with other vehicles, infrastructure, and the like. Car manufacturers intend to make the technology — known as “dedicated short-range communications” (DSRC) — commercially available by the end of this year.

The petition suggests DSRC technology will not protect personal information about location and driving habits. Also, the storage of financial and transactional information made through mobile connections may be at risk. The petition also extends to safety issues, such as hackers gaining control over driving functions like steering, acceleration, or braking.

The comment period on the petition is over, and the FCC will soon make a decision. Even if it does not take the dramatic step of suspending the commercial use of DSRC service, stakeholders in the auto industry should expect increased legislative and regulatory activity in the coming year:

Smart car advances highlight the struggle to create regulations and practices to protect consumers. The auto industry and its suppliers should expect continuing regulatory challenges around such technologies. Working with risk and insurance advisors can help ensure you are positioned to manage the potential risks. 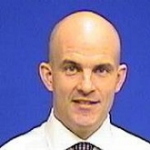 How Your Company’s Location Affects Its Terrorism Insurance 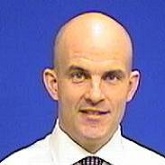 Cyber Risk: Everyone Has a Stake