In recent months, multinational businesses have again been reminded of the threats that politically motivated violence and foreign government actions can pose to their people, operations, and assets. Managing the financial impact of such risks on operations and people requires an understanding of three types of insurance coverage. And in reviewing them, you might find that political risk insurance could provide broader, more effective protection than political violence or terrorism insurance.

All three policy types typically cover property loss or damage and business interruption. They differ, however, in what the underlying cause must be:

(An important note: These policies do not cover employee injuries. To protect people, employers should look to workers’ compensation, employee benefits, and other forms of coverage.)

Many multinational companies historically have purchased political violence and/or terrorism insurance because the rates were typically lower than for political risk insurance. But that strategy can leave significant gaps. Which policy responds to a claim often depends on how insurers and governments view specific events. In some instances, terrorism and political violence insurers have sought to deny coverage, claiming that a particular event should be covered under the other type of policy.

Political risk insurance can bridge this gap by including coverage for both perils, potentially avoiding such disputes. Consider that political risk insurers have paid almost $1 billion in claims over the last five years, according to the Berne Union, an association for the export credit and investment insurance industry.

Political risk insurance is also flexible enough to provide coverage for risks that might change over time. For example, coverage for forced abandonment, the permanent abandonment of a company’s operations in a foreign country as a result of government advice to evacuate key personnel, has historically been included in political risk coverage. For many years, such claims were rare. However, recent unrest in Libya, Ukraine, and elsewhere has led to an increase in forced abandonment claims and insurance payments.

There could be some value in purchasing political violence and terrorism insurance only, but political risk insurance can offer broader coverage. Work with your insurance advisors to consider all of your options and build a program that best protects your organization. 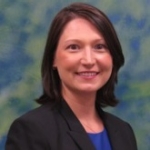 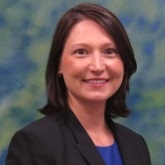