Each hurricane brings new questions about what is covered under property, environmental, and other insurance policies. As businesses recover, it’s important to understand how insurance coverage may respond.

Damage from a hurricane is likely to be caused by one of three perils:

Which perils are covered under your policy, how each one is defined — for example, whether storm surge falls under the definition of windstorm or flooding — and how occurrences and time limits are defined will determine whether your policy responds. In addition, if your property is in a flood zone, your policy may have a deductible related to National Flood Insurance Program (NFIP) limits.

Time element coverage, which can help businesses continue operations as they recover, may include coverage for businesses interruption (the loss of income resulting from covered losses that interrupt normal operations) and extra expense (the increased costs needed to keep the business running after an interruption). Given the significant power outages and flooding brought by Harvey, recourse under this coverage could be vital to your business.

These extensions require several conditions to trigger coverage, which could vary depending on the insurer and policy. There may be time and distance requirements for waiting periods and periods of indemnity or distance limitations for losses caused by damage away from an insured location.

Oftentimes during emergencies, environmental insurance buyers forget that they must not only give notice to insurers but also receive permission from their insurer prior to recognizing any claim expenditures. Although this does not apply to emergency response costs, such as efforts to mitigate imminent and substantial threats to human health or the environment, some time element triggers may apply — and not all insurance buyers automatically have this coverage extension.

A disaster such as hurricane can affect several insurance programs. Whether your property is affected by wind, flood, storm surge, or environmental damage, working with your insurance advisors to understand your coverage and give notice on any policy(ies) triggered by the event can help you comply with reporting provisions, maximize your recovery, and minimize disruptions to your normal operations. 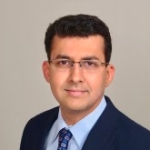 Four Steps to Help Your Employees During a Catastrophe

Recovering from a Hurricane: 7 Steps to Ensure Business Continuity 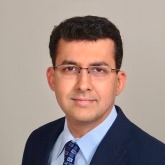