Trio of Typhoons in Asia Can Disrupt Your Operations

Although the outlook for a below-normal hurricane season in the Atlantic has so far played out as predicted, don’t take your eyes off of your operations on the Pacific coast, or even Asia. Several typhoons formed in Southeast Asia this week, and tropical storm Ela became the first named storm of the Central Pacific hurricane season. Don’t underestimate the value of global preparedness and tested recovery plans.

Ela was upgraded from a tropical depression to a tropical storm tracking north of Hawaii with maximum sustained winds of 40 mph with higher gusts. More significantly, several typhoons have formed in Southeast Asia, with two already making landfall in China and Japan. Typhoon Linfa hit southern China bringing winds of nearly 80 mph. Authorities closed schools, suspended travel, and recalled boats back to ports ahead of the storm.

Typhoon Chan-hom — which may develop into the strongest typhoon to make landfall within 200 miles of Shanghai in at least 35 years — is headed for landfall in eastern China soon. In Okinawa, Japan, Chan-hom injured about 18,000 people and nearly 31,000 customers lost power.

It’s All About Preparedness

Natural catastrophes — from Hurricane Katrina in 2005 to Typhoon Tip in 1979 (the largest and most intense typhoon ever recorded) — can challenge the recovery plans of the most sophisticated organization. The latest storms in the Pacific highlight the need for preparedness and recovery plans to address your risks around the world.

Take these steps if any of your operations are affected by the typhoons:

A typhoon preparedness and response checklist can assist you in establishing a clear and actionable plan before a typhoon strikes. It can also help minimize damage to people and property and enable you to recover as quickly as possible. 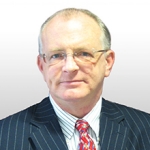 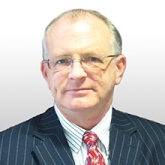